The WFIL "Boss Chicks" were a promotional idea, with sex appeal. After all, if football teams could have cheerleaders, why couldn't WFIL have attractive women promoting the station? The idea was a huge success. Here are a few pictures of the girls. Click on any 'Thumbnail" for the full size image. The thumbnails may appear blurry, but the pictures aren't. 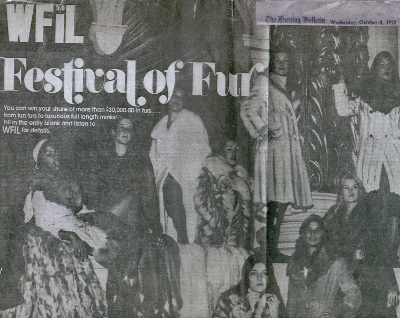 Valerie Jane Owens on the left was the first African - American Boss Chick!!

Update - Here's a story on Valerie today, in The Montgomery Count Times Herald

Former "Boss Chick" Valerie Owens, has hit TV with a commericial for BMW. She plays a Grandmother.

This was aired over the holidays. Sorry I missed posting sooner. Congratulations Valerie!!

If you are a former "Boss Chick", and would like your name added to the list, please send me an e--mail.

Special thanks to former 'Boss Chick" Cindy Brumm for sharing some pictures from her personal collection.

Joyce touched everyone she met in such a special way.

My wife Susan, and I will always remember our friend Joyce, fondly.